WINNING OTHERS HEARTS AND MINDS

Everyone wants to win other’s heart and mind and influence them easily despite of the aims, though it feels like a paradox. Some people are naturally overwhelmingly charismatic while some have to learn ability to persuade others. 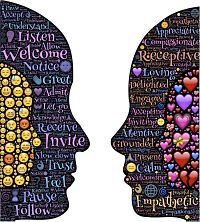 It is the art of persuading people emotionally to your ideas or opinions. Trying to connect people at personal level will be the effective trick for

It is the logical, well-articulated positioning art of persuasion. Beginning with the description that everyone agrees is the best trick to influence those around you.

Today Danphe Magazine has collected some of the effective tricks for influencing people around us. The following tricks will teach you how to give yourself the best possible shot at persuading people.

The best way to defeat a contention is to dodge it.

You cannot win an argument. If you think you won an argument then you are wrong. By hurting his pride, you made him inferior. Despite of opponent’s good will, you can get a victory by contradicting your views. However, a there is a proverb that “A man convinced against his will is of the same opinion still”. 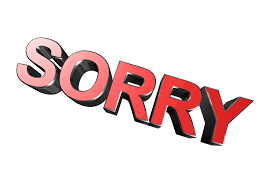 If you are wrong admit it quickly and em-pathetically.

Any fools can defense his/her mistake. Only a wise sincere man has the courage to admit his/her mistake. It not only clears the guilts but it also helps to solve the problem created by the error. A proverb makes it vivid that by fighting you never get enough, however by yielding you get more than you have expected.

Get the others person saying “yes, yes” immediately.

While you are talking with people don’t try to begin the things that you differ from him/her views. Get the other person saying yes, yes at the outset. The skillful speaker gets at the outset a number a yes response. This will set the psychological process of listeners towards positive direction.

Begin in a friendly way. 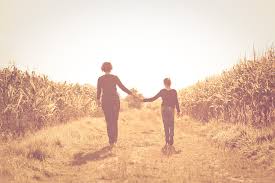 Remember the great saying from Lincoln: “A drop of honey catches more flies than a gallon of gall. Begin your problems with others by praising their thought’s or their facilities.

Let the others person do a great deal of talking.

We like to be consulted about our wishes, our thoughts, our wants. Everyone hates their ideas, views neglected. No one likes to feel that he/she is being sold something or told to do a thing.

Be sympathetic to others people views and ideas.

There is a reason why the other person thinks and acts as he does. Try honestly to put yourself in his place. Any fool can condemn anyone thought’s only a wise, tolerant people try to understand other.

Show respect for others opinions never say you are wrong.

You will never get stuck in an unfortunate situation by conceding that you might not be right. This will stop the contention arouse the other individuals to wind up more pleasant all the clearer and it”.

You can dramatize your ideas in every sector. Merely stating a truth isn’t enough. The truth has to be made vivid, interesting and dramatic.

Throw down a challenge.

Without a challenge, one can never accomplish his/her goal. Successful people love being challenged. If you want someone to gets his/her works done simply throw down a challenge.