The best brother wedding speech is the most stressful and daunting task to be delivered at a wedding party.

Today, Danphe Magazine has found one of the best brother wedding speech which was the true highlight of a wedding.

I have to go to the bathroom so I am gonna keep this short.

Following herb is always a tough task but I will give it my best shot. A few months ago, I was talking to Alan and he is like I don’t really want you to speak at my wedding but you are the only brother I have. So, here we are. 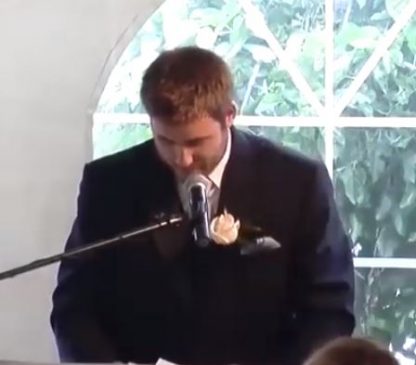 For those of you that do not know me. My name is Aron. And I am today’s the best brother. I decided to enter the best brother speech instead of the best man speech because there is less competition. Alan I am honored to be part of this small army that you call wedding party. That’s the biggest table I have ever seen.

It’s a special awesome that we are here today considering Alan had a kidney stone only a few days ago. For a short period of time, there Alan was in quite a bit of pain and as it looked as today might not even happen.

There was always a part of me, however, that knew the wedding was going to happen. I knew Alan would not let anything get in away him marrying Michele.

That and the fact that we are Dutch family and everything had been paid for. So, let me tell you a bit about my relationship with Alan.

We met in the 80s. Back in a time, when spam was simply canned meat. First, I think Alan respected me because he would do courteous things for me including giving me the top bunk. Within a few short years, however, our brotherly rivalry intensified and Alan was already bigger than me. If you looked at old family photos, such as the one at table three. You guys can check it out after.

Alan kind of looked like a child bodybuilder and I looked like Janet never fed me. Even to this day, she is always like Alan needs his protein. So, we just starve I guess. Because of Alan’s physique, I avoided getting into physical confrontations with him. Instead, I tried to outsmart him. My favorite tactic was:

Giving him hard objects such as marbles and then standing in front of glass objects such as mirrors, windows, and pictures. I would then insult him. And he being kind of like a large dog not knowing his own strength, he would rough the marble at me. Then, I would duck and consequently, the glass would break. I would love every second of it.

As the years went on though, I thought the rivalry was dying down. A possible friendship was beginning. I guess I was mistaken though.

I received an email from Alan on my birthday one year. It said,

Happy Birthday, mom made me send this.

Many younger brothers learn from their old brothers. With Alan and I, it’s the other way around. But enough about Alan and his Noble peace prizes.

Today Alan is a married man.

It is about Alan and the love of his life ie. his MacBook Pro.

In life, there are people that procrastinate and leave everything to the last minute. Like myself and this speech. And then there is Alan, you can look no further than the planning that went today. He actually had his wedding website up and running before he met Michele.

I will never forget the day, Alan got engaged. Partly because he videotaped his proposal. He is a bit of creep. And partly because he called me that day. And Alan never calls me.

When he calls, you know it is about something important. As soon I picked up the phone, I could hear in his voice, I have never heard Alan sound happier than he ever had before. 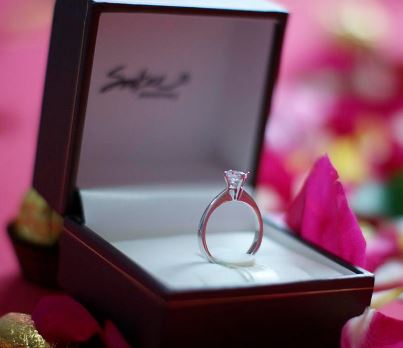 I always teased him about how he shows off his engineering ring on his pinky finger. I can safely say though today Alan’s much prouder of his new ring. Even more proud to show off his new wife.

Michele, ever since we met you, we knew you are a keeper. I particularly liked you from the start. Because you always laughed at my jokes, however, Alan would just shake his head and call me an idiot.

You are beautiful inside and out, genuine, smart, caring, kind, passionate and most importantly you make my brother happy in a way that I never could.

Alan and Michele, I wish you two all the best in your life together. I love you both. Mom made me say that.